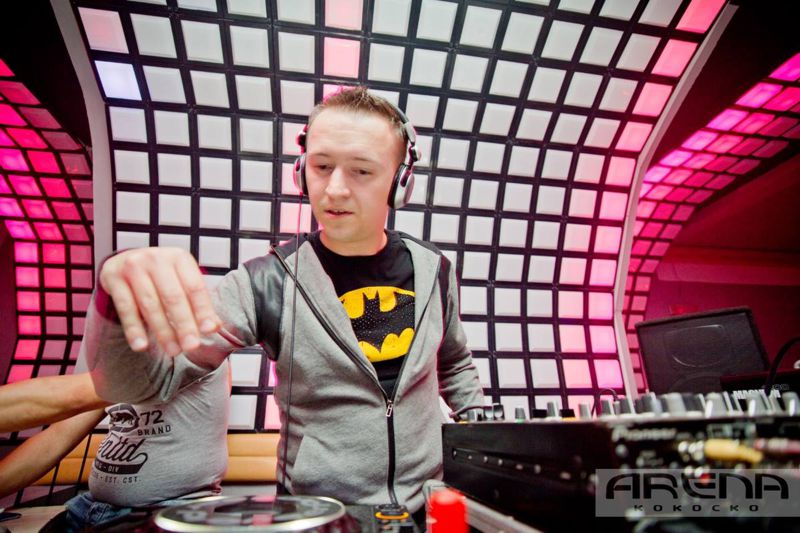 Ronald de Foe (real name Mariusz Kopczyński), born in December 1981 in Torun, started his journey with trance music in 1994, thanks to hits of the those days from Marusha, Westbam, Mark ‚OH or Scooter.

A fastination of this kind of dance music was so strong, that Ronald was sure, that he want follow it’s paths to find out where they may lead him. The journey turned out to be a wonderful life companion and a source of many inspirations.

However Ronald’s fascinations never were limited. Being sure that the only limit, which a man can have, is the limit of his own mind, he dicided to make experiments and explore new sounds, in search of those that gave him joy and sense of satisfaction. That’s why in the course of years he was interested in achievements of The Prodigy or dutch hardcore, happy hardcore and rave artists. Despite wonderful beats it wasn’t what he want though.

A turning point was in 1997 -1999. He get to place, where everything what he looked for was found. Those were ‚Forbiden Fruit’ from Paul van Dyk and ‚Cream’, ‚After Love’ and ‚Flying To The Moon’ from Blank & Jones. Those tracks made Ronald really sure, that trance music is what he has looking for all your trip. After Paul van Dyk and Blank & Jones other artists appeared, who made a big role in bulding his music intuition: Schiller, Ferry Corsten, ATB, Darude, Woody Van Eyden, Carlo Resoort, Ron Van Den Beuken, Sam Sharp, Marcel Woods, The Thrillseekers, John O’cllaghan, Lange or John Askew. But the journey was continued. However he didn’t follow many paths, but only this one, that made sense his evolution and music career. It was trance music path, which is enough extensive and has so many subgeneres, in which Ronald as an artist feels perfectly.

Nowadays Ronald De Foe is not only electronic music fan or trance music lover. He is a DJ and a producer as well. For work on his first single Ronald ws invited by leading polish trance producer – Paul Miller. A track ‚Jaarbeurs’ was released in 2006. It was well recieved by both fans and worldwide DJs. For young producers it was motivation to continue the work in studio. In next years other singles: ‚Contra’ and ‚Surviver’ were released. In September 2009 Ronald release his first solo production ‚Rugged 2009’ in Liquid Records. An another EP from Ronald – ‚Razor Sound’ is coming up any day now. Others productions, mostly solo, are coming soon. But Ronald doesnt exclude cooperation with other artists.

As a DJ, Ronald de Foe performed in many polish clubs and events. With his outstanding abilities and skills he was asked to play in the biggest polish events like, Trance Xplosion 2009 (Arena, Poznań), Amsterdam Dance Mission 2009 (Club Ekwador), Godskitchen Urban Wave 2009 Club Edition (Club Ekwador with Sander van Doorn). He was playing alongside Mark Pledger (Club Protektor Ostrów Wielkopolski) and John O’Callaghan(Club Lunatic Opalenica). Ronald did play aswell at the other top clubs in Poland like Ibiza Koronowo, Tunel Poznań, Terminal Szubin, Terminal Sępólno Krajeńskie, Oxygen Świdnica and Arena Kokocko.
In 2011 he was booked to play for the first time ever in Netherlands(Quest4Trance), back to back set with Paul Miller. He had pleasure to play there with the biggest Trance artist like Jorn Van Deynhoven, First State, Solarstone and Dave202.

Since 2013 Trance is not anymore his favourite style of music and now in his dj sets you could hear more Big Room, Progressive House, Progressive Trance, Electro House and Trouse sounds.
Ronalde de Foe produced couple tracks and mashups. He received a very good feedback for them, from the clubbers and fans.

Close Menu
We use cookies to ensure that we give you the best experience on our website. If you continue to use this site we will assume that you are happy it.Accept